Squad at Arabian
(All our squads are invitation only)

Definition of squad: Every squad group at every club will differ; here at Arabian we have development squad, which is a specialised group that trains for 3-4hours a week. Our higher level groups train anywhere from 9-12 hours a week.

Arabian has several squad groups that work based on a pyramid system, starting at the bottom and working their way up to the top squad group that trains up to four times a week.
For all of our squad groups, it is invitation only. When we feel a gymnast is ready to move to the next group we will move them as and when space is available. Being placed into a squad group is not for everyone and over the years we have had gymnasts move up, down and even sideways, either because they are struggling and just need the pressure taking o 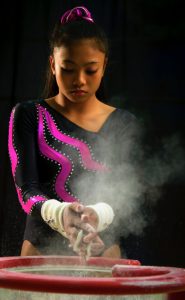 ff of them, or simply the gymnast has requested to move.

All of our squad groups get the chance to compete in different competitions across the country; this starts in one of our youngest squad groups where the girls are just 4 -5years old. As the gymnast moves up the pyramid the competitions will become more frequent, our top squad girls can compete up to 12 times a year both in the UK and abroad. Gymnasts only get better at the sport by practicing and showing their skills, whether this is during training or more importantly at a competition.

The more competitions a gymnast enters the more experience they will gain and the more medals they will have the opportunity to win. We teach the girls to try and win but when they do not win, we equally teach them to be gracious and magnanimous in defeat and to congratulate the victor.
Being selected to be part of one of our squad groups is a great honor for any gymnast no matter what age, for the younger gymnasts it can be quite a scary thing, however, we always have a trial period with them first before setting anything in stone.

For all of our squad groups there is a certain amount of conditioning and stretching that they need to do, to be able to do the higher level moves. Part of being a gymnast is pushing through the pain 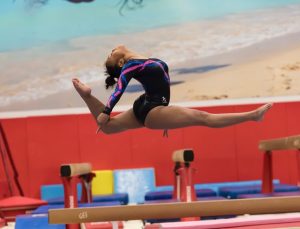 and the emotions barrier to achieve the move they are so desperate to gain.

Fundamentally all the moves you see happening in the gym come from being a well-conditioned gymnast, without it majority would not be where they are now. What we are saying is, yes you may see your child tearful because conditioning is hard or stretching hurts but that is part of being a squad gymnast and something that comes with being in a squad group.
If you are not happy for your daughter to go through these pain barriers then you need to state so and she will be placed in another lower level group.

Viewing…. At Arabian, we do have a viewing window, which we have a blind fitted of which we are in control of. We request that you 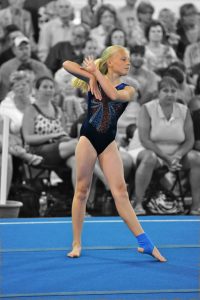 do not watch your child for the whole session, the last half hour or so is fine, but to be sat looking down for 3hours is too intense. It is very difficult for the coaches when they have a gymnast on the beam and they can’t take their eyes off of relatives/mum/dad at the window. This is where accidents may happen, if we feel the blind needs to come down then we will drop it.

Click here to email us about availability or to visit us and try out a class!

(Charges apply for a first class & please book in advance.)